SMB owns several large lots of tantalum-rich land in North Kivu province, DRC. Following a strategic agreements with artisanal miners, SMB receives exclusively all the tantalum pentoxide (Ta205) concentrate produced by the miners. SMB then sells the ore to industry customers, resulting in a high demand for these minerals. 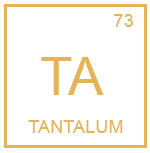 Tantalum is a rare metal that is resistant to corrosion and extremely resistant to heat and wear. Added to metals to create super alloys, it is invaluable for the aerospace industry. Its properties make it important in the medical field for uses such as laboratory equipment. More importantly, tantalum is an essential component of the electronics industry, used primarily in the creation of tantalum capacitors, found in mobile phones, DVD players, computers and many other applications. It accounts for more than half of the world’s consumption of tantalum.

Tantalum is a valuable mineral whose demand peaked during the 2000 Internet bubble and reached about 2,300 tons. Demand in recent years has been rather low and was between 1,600 and 1,700 tonnes between 2005 and 2007. The recent peak in demand dates back to 2008, when approximately 1,855 tonnes were consumed. The global economic downturn had a major impact on demand for tantalum, which fell by 40% in 2009 to 1,125 tonnes. No segment of the tantalum market was spared, although individual declines varied considerably (23% to 49%). The recovery was strong in 2010, with consumption estimated at 1,765 tonnes, before the market slowdown in 2011. When available, data for 2012 will likely show stagnant demand at best. A return to slow but steady growth in demand is likely from 2013, with a level of about 2,000 tonnes potentially reached in 2016 (source: Mining Metals Trade Association). 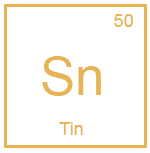 Cassiterite, with about 78.8% pure tin, is the main ore that supplies tin to the Democratic Republic of Congo.
Tin alloys with Zn, Al, Si, Sb, etc. serve mainly in the reactors. However, most of the tin production is used for the manufacture of tin cans, soft drinks, pans, etc. It is also found in a lot of tools and common instruments lining the modern life: household appliances, automobiles, various machines, toothpastes, etc.

Wolframite is an ore composed mainly of tungsten where its alloys are used for electric lamp filaments, television tubes, heating elements for electric furnaces and space applications, missiles. Tungsten carbide is an important compound in the metallurgical, mining and petroleum industries. Alloys such as high speed steel, cristite and stellite, used in high speed tools, contain tungsten.

The SMB has recently discovered deposits of tourmaline which SMB has just acquired the operating permits. A study is underway to estimate the productive capacity of tourmaline.