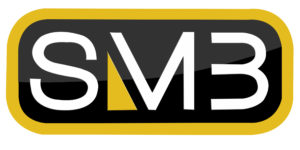 This policy applies to the Bisunzu Mining Company (“SMB”) and its subsidiaries. SMB communicates this policy to its suppliers.

DR Congo and international organizations agree that child labor in the mining sector, including in artisanal operations, is a significant problem. The Bisunzu Mining Company (SMB Sarl) recognizes that child labor is also found in the production of tantalum, tin and tungsten in the Democratic  Republic of Congo (DRC), where SMB operates. Thus, SMB is committed to eliminating child labor cases in its operations and supply chains.

SMB refrains from employing children in work that exceeds their strength, exposes them to high risks or that, by its nature or by the conditions in which it is performed, is likely to injure them ethically.

SMB undertakes, in accordance with Article XIII of the aforementioned Ministerial Decree, not to employ children under the age of 18 to:

In accordance with ILO Conventions 138 (Concerning the Minimum Age for Admission to Employment of 1973) and 182 (Concerning the Prohibition and Immediate Action for the Elimination of the Worst Forms of Child Labor) 1999), the OECD Due Diligence Guidance for Responsible Supply Chains of Minerals from Conflict-Affected and High-Risk Areas (3rd Edition), the “OECD Practical Actions for Companies to Identify and Address;” Worst Forms of Child Labor in Mineral Supply Chains, ” Law No. 015/2002 of 16 October 2002 on the Labor Code of the DRC and its Law No. 16/010 of 15 July 2016 amending and supplementing Law No. 015- 2002 on the Labor Code and the Ministerial Order N ° 12 / CAB.MIN / TPSI / 045/08 of 08 August 2008 setting the working conditions of children: SMB Sarl confirms its long-term commitment to not tolerate and to work on eliminating child labor in its operations and its supply chains.

In line with our responsibility for due diligence on the supply chain, SMB Sarl is vigilant and estimates the severity of the risk of child labor, as recommended by the OECD.

Consider the work between SMB Sarl and other mining partners and the National and International Civil Society (Children Voice, ASSODIP, ETN and Pact / iTSCI) since 2016 on child labor on its mineral supply chain, 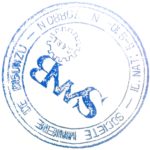